Dear Mikaela: In Life, Sometimes Boy Bands Are The Only Thing That Matter.

Today’s post was prompted by my niece, Mikaela, who this week started her freshman 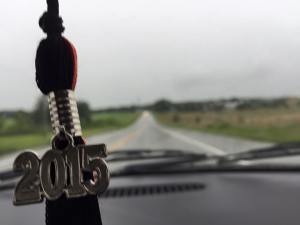 Stolen from my sister, Corina.

year at the University of Missouri in Columbia. Snapchatting with her and following her mother’s posts on Facebook, I couldn’t help but become a bit nostalgic about my own college experience.

College was complicated. I must admit that despite my intense desires to leave Lake Arthur, moving out to Las Cruces to attend New Mexico State University did very little to satisfy my soul. I. Was. Miserable. So miserable that by the end of my first semester I had a 1.75 GPA.

Yes. You read that right. 1.75. Shocking, no? By the holidays, I was convinced I would not return. But it was my dad, Eduardo, who at Christmas said, “nomas dale otra vuelta.”

So I gave it another whirl. 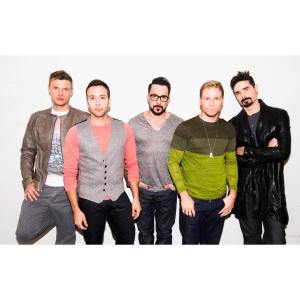 Returning the following spring semester, I knew it would be a challenge academically, but I also had some suspicions that my problems were related to a bit of an identity crisis. Who was I? And how the heck was I going to find myself?

One day, I was leaving the financial aid office, having just signed off on that loan I knew I would pay off as soon as I got that high paying job post graduation. I was heading down to the Virgin Vault…I mean, the Women’s Residence Center, room 3130 (yup! I still remember my room number), when a young woman, with a cheery disposition, approached me.

I can’t quite remember the exact conversation, but what I do remember is that I tried really hard to shake her off. But she wouldn’t leave me alone. What felt like hours, were really just seconds, because she finally made mention of Free Pizza. Tonight. Near NMSU Duck Pond.

She had me at free.

And that’s how they getcha.

It’s weird, because until tonight, I hadn’t really thought about it, but this pizza party was a complete game changer for the next three years. Now, if you know me well today, you’re going to be shocked to learn what I am about to share, so I hope you’re sitting down.

This was the night I joined Campus Crusade for Christ, aka Cru.

Here’s a quick spiel: “What began with college students in 1951 has turned into the largest international Christian ministry in the world.” And during my time at NMSU, I did not quite understand what that all meant. Instead, it was a vehicle for me to “kick it” with some new people, whatever they believed in.

Remember, I was searching for an identity and I was really craving community.

Look, I grew up Catholic…”Hay-soos” and I were cool. I mean, I was then and am now, the Tortilla Kid! “Accepting” Jesus Christ in my life seemed simple to me. I had been forced to do that since birth!

Except that it was not quite that easy with this “Cru.” I recall having a map drawn out on a 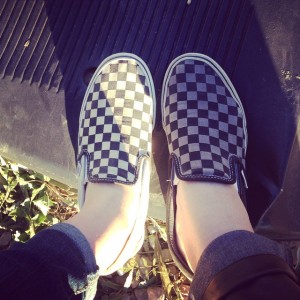 napkin at Corbett Center, visually describing how my relationship with God, through Christ, worked. As a visual learner, I thought it made sense. But as someone who hasn’t totally trusted the establishment, I couldn’t fully commit. In fact, the sinful secular life I was accustomed to, was politely being questioned.

For example, my love (and obsession) for the Backstreet Boys was looked down upon. When I told my crew of bible study friends that I was driving 12 hours to see BSB perform at the Pepsi Center in Denver…wait, when I told them that the Millennium album track, “The One,” could maybe find some heavy rotation on KLOVE…my faith was put into question. Was I really a Christian? Should I really be attending those Thursday night praise sessions at Hardman Hall?

The fact of the matter is, I was never truly “all in” and yet I chugged along. Remember that thing about my identity crisis? That was part of it. I thought I had to force myself to be someone that I was not. I honestly felt that these people were my real friends. But it was not real, because I was never entirely true to myself. The only way I can describe it is through motion pictures. My life with Cru was similar to the early part of the movie when Lindsey Lohan’s character on Mean Girls is embraced by The Plastics.

Spoiler Alert: That, too, ended eventually.

So to my dear niece, Mikaela. College will be the experience of a life time. It will change your life forever. And take it from your tia, if staying true to you or finding yourself means joining a “Cru,” then God be with you.

(Just don’t drink the kool-aid. It, too, has way too many artificial flavors)